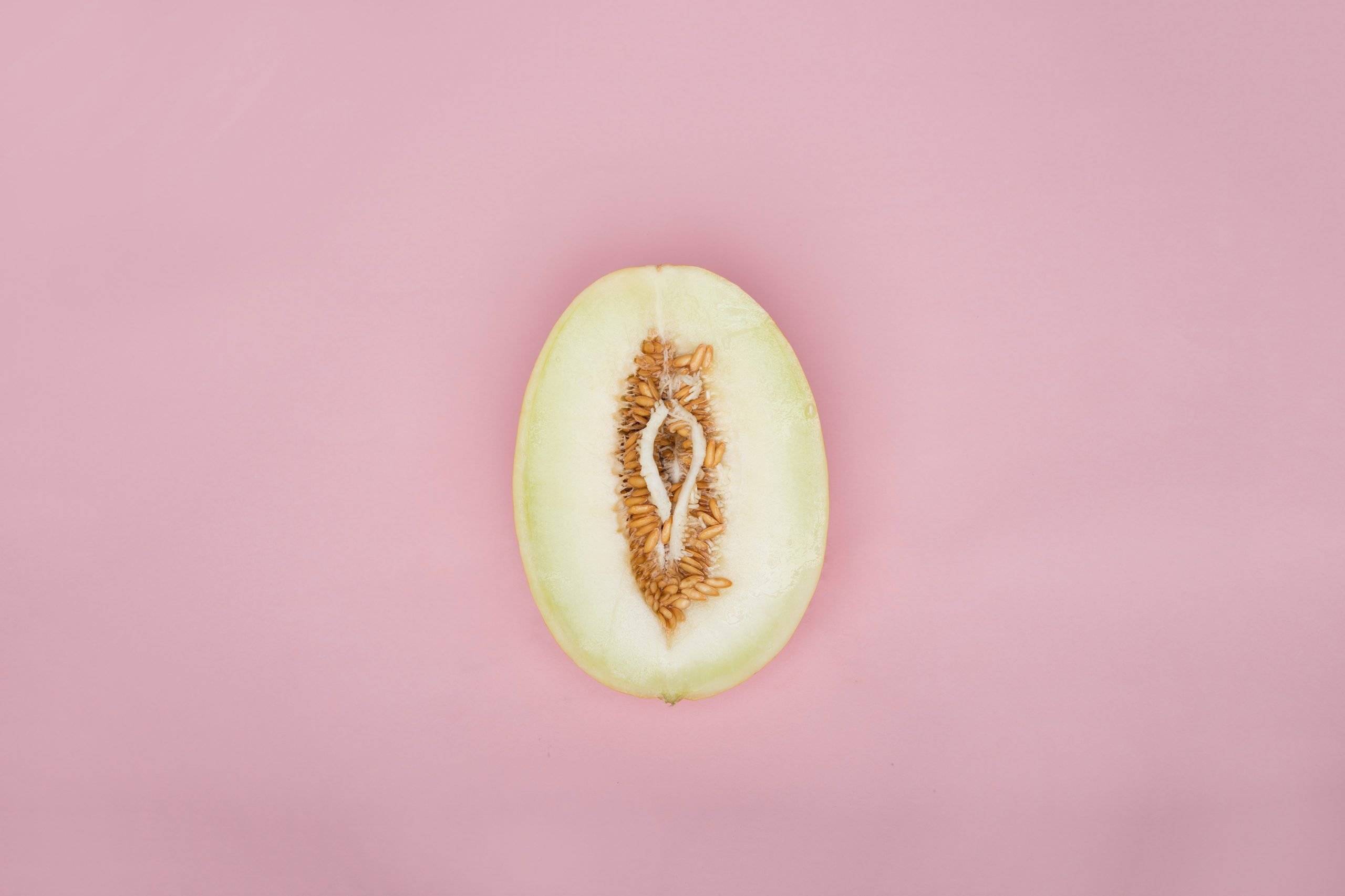 Getting a negative pregnancy test is common, and they are five major causes for negative ovulation tests. These causes are due to mistakes you may do and health issues you may have.

The most important piece of information you need to know when trying to conceive is when does ovulation occur. That is because it will tell you when is your highest chance of conceiving. Thus, taking an ovulation test can help you determine that. It is actually the best method for ovulation detection.

There are other methods to detect ovulation like reading BBT, Basal Body Temperature, and looking at cervical mucus, but ovulation test strips are the best.

If you are interested in knowing what causes negative ovulation tests and how to get accurate results, keep reading.

This post is for informational purposes and should not be taken as medical advice. This post may contain affiliate links, and I may earn a small commission.

What is an ovulation test?

An ovulation test is an at-home test that predicts when ovulation may occur by detecting an increase in the LH hormone found in the urine.

LH increases 24-36 hours before ovulation, and the release of an egg from the ovary occurs. Ovulation prediction test kits are also available these days. They come in packs so you could take more than one a day since LH surges for a short period of time.

Can someone ovulate without the Luteinizing Hormone (LH)?

No, no one can ovulate without LH, the luteinizing hormone. It is the hormone that controls whether and when ovulation should occur, and it is measured to track ovulation. It is also known as the ovulation hormone.

A low level of LH would also prevent ovulation. Your LH levels need to surge or peek in order to encourage your ovary to release a mature egg. This LH surge usually occurs around mid-cycle. After 24-36 hours, you ovulate.

Without this peak LH level, you would most likely have an an-ovulation cycle, a cycle with no ovulation. Your LH levels must be 25 mIU/ml or more around the peak day in order to ovulate.

However, due to certain issues, your LH levels may not reach their peak or other hormones may be abnormal. This would cause you to not ovulate.

Ovulation test would be a negative result if:

Without the surge in LH, your ovulation test would be negative and never become positive. A problem in the LH level is one of the main causes of negative ovulation tests.

Eggs grow in your ovary, and they mature before they are released. Your brain would know when the egg is ready for release, and it would tell the body to begin to release more LH. This LH surge would cause the egg to come out of the ovary. That is why LH surges right before ovulation.

The egg then would have less than 24 hours to be fertilized. During your fertile window, take ovulation tests more than once to get an accurate reading. It is quite easy to get a false negative on an ovulation test. Here are 5 top causes of a negative ovulation result.

If you have taken the test correctly, there are five other causes for a negative ovulation test, and there are testing at the wrong time, testing on the wrong day, miscalculating the length of your cycle, using the wrong tracking methods, and having ovulation issues.

Getting a negative ovulation test result is very disappointing. But, what’s worse is when the ovulation test never becomes positive throughout the entire cycle, which would mean you would never find out when is the highest probability of becoming pregnant.

1) Reasons for Negative Ovulation Test: Taking the ovulation test at the wrong time.

The best time to take to ovulation test is between 12 pm and 8 pm. That is because an LH surge usually happens in the morning. It would be concentrated in your urine after about four hours.

It is very important to keep in mind that the LH surge only lasts for a short period of time. That is why you might need to take an ovulation test twice a day.

The best thing to keep in mind is that you should not test very early in the morning like pregnancy tests and not at night.

2) Causes for Negative Ovulation Test: Taking the ovulation test on a wrong day.

You may be getting a negative ovulation test because you are testing on a wrong day. Most recommend beginning to test for ovulation from day 10 of your cycle.

However, sometimes, you may ovulate before or much later. So, I recommend testing every day during one cycle just to find out around what time you ovulate.

3) Causes for Negative Ovulation Test: Miscalculation of the cycle.

Miscalculating the length of your cycle is a big mistake, and is one of the reasons for negative ovulation tests. Most people think they have a typical 28-day cycle, and begin to test on day 14.

However, most people do not have the typical cycle and instead have cycles that last between 21 days and 35 days. Some younger women may have 45-day cycles. So, you probably wouldn’t ovulate on day 14.

Therefore, study your cycle first then test or you may miss your ovulation day and waste many ovulation tests.

Some begin to test with ovulation tests when other signs of ovulation begin to show. Using the wrong tracking methods like watching cervical mucus and measuring BBT which can be wrong because of environmental factors can lead to negative ovulation tests.

Today, many people rely on fertility apps to help determine the time of ovulation and when to begin. testing for ovulation. These apps are not always accurate. In fact, they are usually not accurate. So, they may give you the wrong idea about when to take ovulation strips.

5) Cause for Negative Ovulation Test: Having ovulation issues.

Ovulation tests work by measuring the hormone LH and detecting the time of the surge. If you have any issue that may affect the surge of LH, you would get a negative pregnancy test.

There are so many ovulation problems that can cause an absence of LH. Here are more details about common issues that affect ovulation.

There are a few common issues that affect ovulation, and they include hormonal imbalances, drugs, thyroid conditions, depression, stress, and pituitary tumor.

These can cause an absence of ovulation or irregular menstrual cycles due to irregular ovulation. Here is more detail.

Three hormones are responsible for ovulation, and any imbalance would prevent ovulation from occurring.

These three hormones are LH, FSH, and GnRH. LH is responsible for releasing the egg from the ovary. FSH and GnRH mature the egg before the release.

Here are some common ovulation issues due to hormonal imbalances.

PCOS is also known as a polycystic ovarian syndrome. You may have no periods or irregular periods from this.

It is caused by irregular insulin levels which increase the amount of testosterone, the male hormone, in the body. The eggs become cysts instead of being released. This is a major cause of female infertility.

Premature ovarian failure is early menopause that occurs before the age of 40. You may not ovulate or ovulate only sometimes. This happens because your ovaries do not have enough estrogen. Your ovaries stop working. You may have other symptoms of menopause like confusion and night sweats.

Weight can affect your hormone levels. It is best to be in the normal weight range, and not under or over. This could cause you not to ovulate, an-ovulation, or to ovulate irregularly, oligo-ovulation.

The release of the milk hormone, prolactin, decreases the amount of FSH in the body. FSH, as mentioned before, is very important for ovulation.

Sometimes, the pituitary gland releases too much prolactin which is common in breastfeeding women. So, an excess amount of prolactin stops ovulation from occurring. That is why breastfeeding moms usually do not get pregnant when breastfeeding.

Both hypothyroidism and hyperthyroidism prevent ovulation from occurring. Hypothyroidism occurs when not enough TSH is released in the body.

Hyperthyroidism occurs when too much TSH is released into the body. You need the right amount of thyroid hormone to ovulate.

Being depressed and experiencing stress for a long time change your body. Your body would act like it is threatened.

Signs of an Issue with Ovulation

Signs of having an issue with ovulation include acne, irregular periods, an-ovulation cycles,  excessive hair growth on the body, loss of hair on the head, oily skin, and irregular weight changes.

Another major sign is the inability to conceive with unprotected sexual intercourse. You could also have cysts on your ovaries which is a sign of PCOS.

Can I still ovulate if the ovulation test is negative?

Yes, usually you ovulate 24-36 hrs after a positive ovulation test. However, the period of time when the surge occurs is a very small period of time. You may easily miss it.

However, you would still ovulate. Having intercourse during the time you think you may ovulate is a good idea if you are trying to conceive.

Can I get pregnant if the ovulation test is negative?

Yes, you can still get pregnant even if the ovulation test is negative. You may have missed the surge or taken the test wrong. Either way, if you had unprotected sexual intercourse, you could still get pregnant.

Having sexual intercourse every other day during your cycle can also increase your chances of conception.

Using ovulation tests is the best method to calculate when you ovulate. It is important to know when you ovulate because knowing increases your chances of getting pregnant. Ovulation problems can cause infertility.